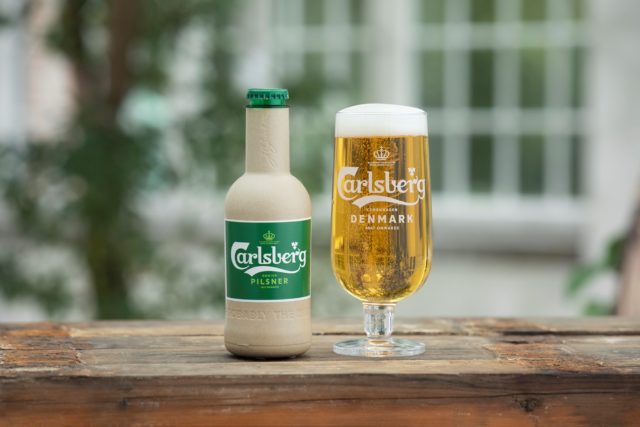 According to reports, the development of a long-lasting paper bottle has the potential to revolutionise the beverage sector. Despite the fact that Carlsberg’s latest packaging is still in the development stage and will not be ready for mass production for several years, it has the potential to be a game changer. The brewing firm indicated that prototypes are being evaluated, but there is no indication as to whether this is in restricted markets or within the corporation. Carlsberg has had this as a goal since 2015, when it initially cooperated with packaging companies BillerudKorsnäs and EcoXpac, as well as post-doctoral scholars from the DTU, to develop the concept (Technical University of Denmark).

Almost 4 years later, the brewer is not only testing prototypes, but his efforts have also resulted in the development of a paper bottle company, Paboco, which is attracting the attention of other consumer packaged goods companies. Carlsberg’s model paper bottles looked to have piqued the interest of other large corporations in need of a comparable product to Carlsberg’s. According to a press statement, Absolut, which is owned by Pernod Ricard, and Coca-Cola will now be members of the “paper bottle group,” an effort initiated by Paboco to reduce the use of plastic bottles. The association brings together professionals and businesses to collaborate on more environmentally friendly and economically viable packaging.

Carlsberg was recently in the headlines after announcing the appointment of Stefano Clini as the new managing director of its Malaysia branch. To take over for Ted Akiskalos, the Carlsberg Brewery Malaysia branch has appointed Stefano Clini as its new managing director, who will be responsible for the company’s activities in both Singapore and Malaysia. Clini, who is 53 years old, will begin his duties on October 26, 2019, and will also serve as a representative of the company on the board of directors of Lion Brewery in Sri Lanka. Clini has served as the managing director of the Carlsberg Vietnam subsidiary since September of last year. Carlsberg Vietnam experienced a successful turnaround under his leadership, with record growth in both the top and bottom lines.